SPECIAL ANNOUNCEMENT: We Are Now Taking Orders, Don't Wait Get Yours Today! 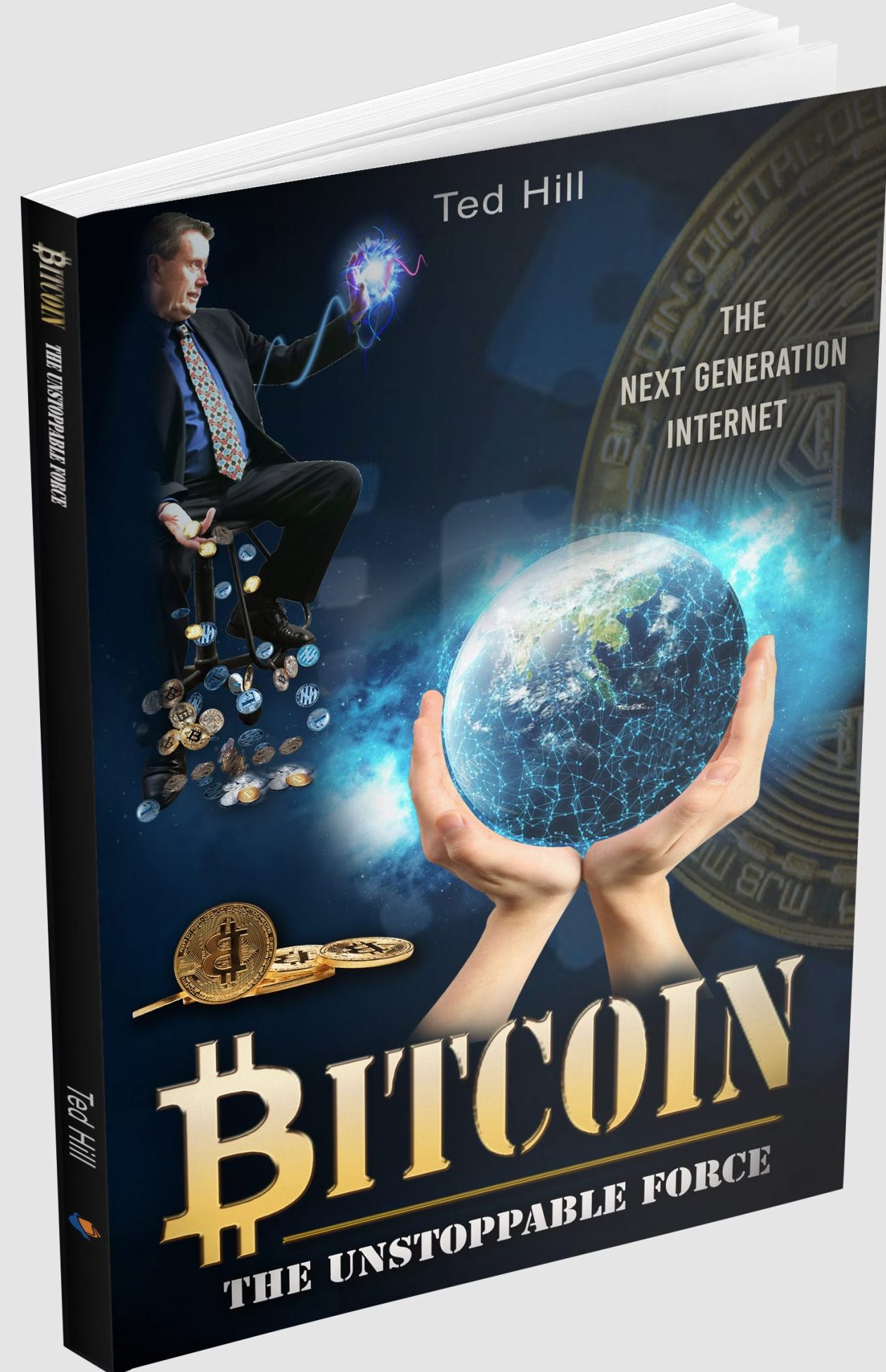 Don't Wait... Order Your Copy of This Amazing Book Today!

About The Author Ted Hill

He first became aware of Bitcoin in 2012 when his clients were hit by hackers who breached the company firewalls and used a form of malware called Ransomware to encrypt company data. In effect, they could no longer access the data.  If the companies wanted the data to return to its normal state they would have to pay a ransom.  They had no choice but to follow the hacker’s instructions to pay the ransom in Bitcoin.  Bitcoin provided the hacker's anonymity and was difficult to track by forensic accountants’ police crime units.

While attending the largest cybersecurity trade event in San Francisco, the number of discussions, seminars, and the breakout sessions had become hot topics and the focus was mostly on Bitcoin and Blockchain technology.  Positive capabilities and real-time applications of Bitcoin and Blockchain being discussed.

Ted has always been passionate about Cybersecurity and the internet of tomorrow. Thus, he decided to convert his years of experience and expertise into a book. Ted decided to write this book to create a new awareness for everyone who has heard about Bitcoin & Blockchain but has no knowledge about it or very little of the benefits and how it came to be. Today, 97% of money transactions are done with digital money.  It is moving at warp speed so the attempt here is to provide the basics, the foundation of what it is and what is the future of digital money.

This book is progressive outlining of things you may not know about the internet, the Dark Web, exponential technology, store of value, historic briefs on how the banks became powerful, and how Blockchain printed form has been used for centuries to what it represents in today’s technological form.  More importantly, is a thorough understanding of the change that has happened and what next is possible. 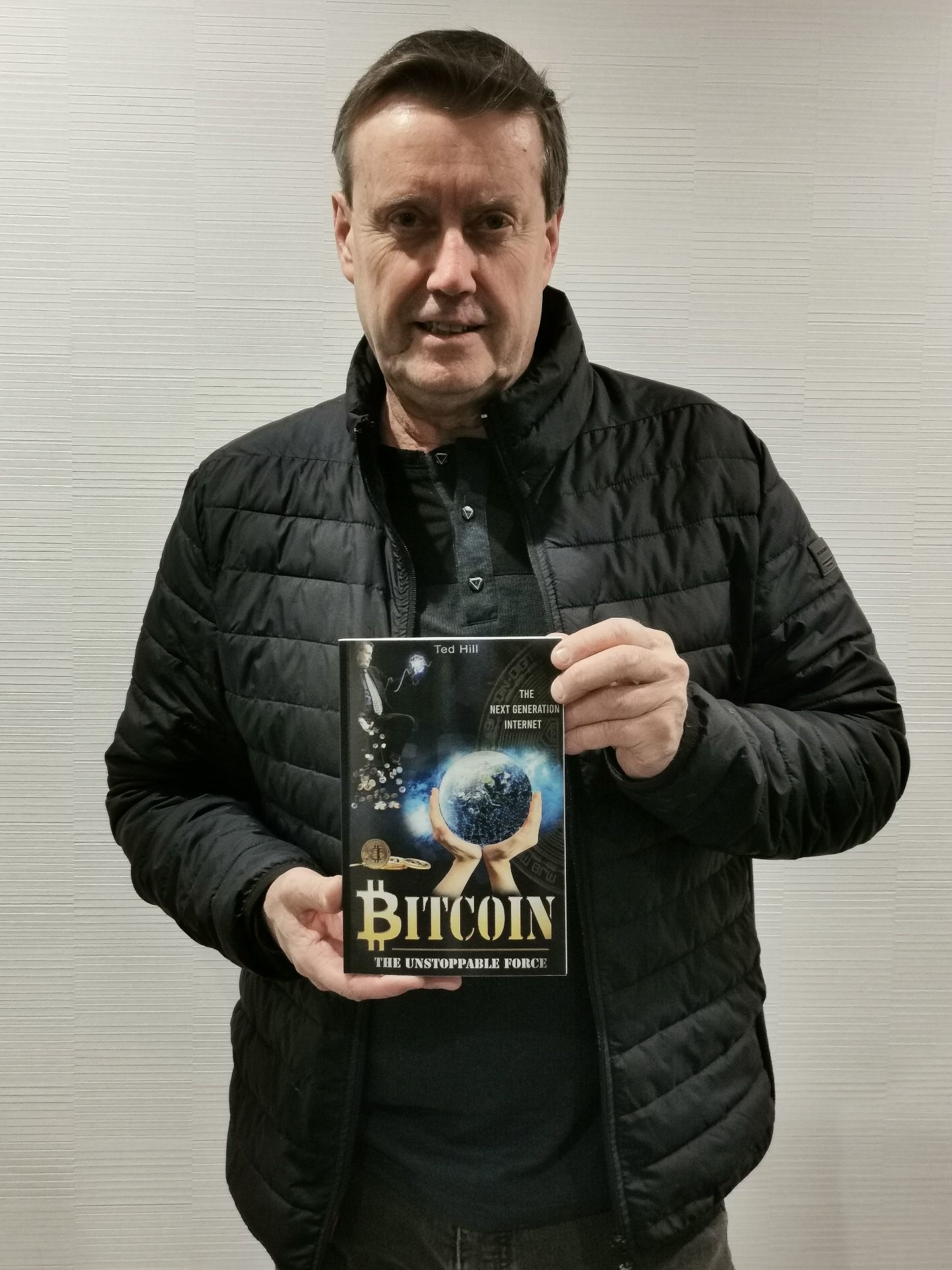 What is this book about?

For the last 10 years, I've been helping out the Fortune 100 companies in their security software solutions. My background for 10 years has been providing solutions in more of a consulting role to help these organizations protecting their critical data assets and with that I mean, everything about personal identifiable information and all the intellectual software and assets that they have.

Quite often is that companies are being breached,  the bad guys penetrate the security systems that they have and occasionally what occurs is Bitcoin and so the world of Bitcoin was pretty strange in the early years and I'm talking around 2010 because it just came to light that Bitcoin was a currency a digital currency that the bad guys were demanding from the corporations and so what would happen when they got encrypted is that the data was secured by the bad guys and they basically had a key to be unlocked that the companies had to provide a ransom otherwise the bad guys wouldn't give the key back to them to unencrypted data what that meant was basically a panic attack that these companies had when their assets were frozen and they couldn't access it and it was critical information that they needed to have on lock so they ended up paying a ransom and that began the story in the path of you know what is the Bitcoin all about, where did they come from, where is it going, and how did it get here because digital money has been here for a long time.

So for all the years that I've been working with the Fortune 100 companies, cybersecurity was a major issue of course and the learning path was immense, there were always new products coming out. When I went to the security shows around the globe, San Francisco was one of the largest ones and from there it went to a point where it was interesting to find out that companies were getting breached because no one really told their story about it. Then a few years down the road it became it's not a matter of if you get breached, it's when you get breached. And so it became that almost every company was being breached in some way shape or manner and it could have been through encryption, by malware encryption, some data, or they could have sent some malware in amongst other types of means of getting an entry into the servers to get access to the data. Regardless, it became an ongoing learning experience because the new software was coming out to protect against it but the bad guys are finding ways around it and getting in and still breaching. As it still stands today, companies are getting breached on a daily basis and there are lists and places you can go to find out who got breached today, it's significant.

What inspired you to write this book?

I think for some time I've always thought about writing the book but what idea really came up or came to fruition never really happened until when I spoke a lot about Bitcoin and blockchain, the new technologies. It's a new layer of technologies on the Internet, and a very few people knew anything about it except for that financial component which just really wasn't the whole thing about Bitcoin and so it intrigued me.

For at least two years I had some ideas, I started collecting some thoughts about what do I want, just talk about the technology? Well! it really didn't make sense because the books out there that just jumped right into it. Although, they're good information but what I wanted was a story so I started putting stuff together and it took about two years and finally I connected with an organization that really triggered me on to the idea that get a manuscript going. And from September 2019, I nailed down all the information that I had and started putting it together.

Of course, the research went on and under the guidance of my publisher who helps support, what I needed what I didn’t need, in developing a manuscript and the pathway for that. A lot of research was required on certain topics and ideas if I was going to expand on it, and that itself was a learning curve so it took many hours of different segues Because if I'm going to talk about that in my book, I should know something about it, so there's a lot to learn. I presented a book basically that will allow someone who reads it gives them some historical viewpoint of where the money came from? How did the banks gets so powerful? What is blockchain? Some of the Technology, some of the vocabulary behind it but really the story of how it got to where it is today and where it's going because more is going to happen and there’s going to be tens of thousands of different types of cryptocurrencies in the next ten to twenty years.

So the word Bitcoin and cryptocurrencies are quite intriguing. In fact, there are a thousand types of cryptocurrencies at the time and that was rather bewildering it was a little bizarre because what really are cryptocurrencies? So I started to study it a little bit more and read some different types of books on it and it was a very strange phenomenon that was happening but as I learned more and more, I learned that cash was disappearing that we already are in the digital age in terms of currency. Approximately 97 percent of the currency today is digital and now this is just a new form of digital money in a sense. In fact Bitcoin’s many things, it's a language, it's a communication, it's a technology, and it's a currency and it's a hard thing to understand from a technical viewpoint.

So I created the book and thought, looking at some of the other books, that they just jumped right into technology a little too quick and I thought it's going to be a bit of a road map here to bring people in who don't know about Bitcoin who've heard about it and the part that they've heard of it, of course, is the speculative financial buying and selling of it and it's basically a scary thing for anybody to delve into they didn’t need to. I look at it just like the internet and in five to ten years from now Bitcoin and other cryptocurrencies will be here and they'll just work

What will your readers gain from your book?

The whole purpose behind this book, of course, was to present a basic understanding for those people who know a little bit about Bitcoin, have a general understanding that it is some type of currency, and more to an easy read on trying to understand it because my intent here is really to present some ideas of where it came from and of course why it's here, where it's going but more to the point of you having an intelligent reasonable conversation with pretty much anyone.

If you're an IT person there's all kinds of information technology people who know about different types of technologies but know nothing about Bitcoin so this would also be a good stepping stone for those people. I think that some of the things in here is easy to understand because the technology is really broken down when I talk about cryptography or algorithms, very big chewy words but I break it down to nice easy understanding so that it moves you into the book because that's what bitcoin and the new currencies are all about and at first when I talk to people about those words you know they just get clazy eyes so this really helps them and everyone gets into a better understanding.

There's no question this book is for you. You're going to have a great understanding of cryptocurrencies that are coming down the road and just like the internet how it works today, cryptocurrencies will just work. But it's good to know and have an understanding and have an intellectual conversation to someone about how it all fits in why cash is disappearing. And what you need to do is, just click the button below and get the book right away.

What was your unique quotient for this project?

My cybersecurity background helped me understand this Bitcoin thing because the bad guys were using it for financial gain. They would demand bitcoin from companies after their successful malware attacks held their data until it was paid.

How did becoming an author helped in your business?

Having a book published has given me credibility. It has established me as a person who is dedicated to researching and sharing important stories. With a book in hand, I feel more confident and my friends and family look up to me as an authority because I have shown that I can take an idea and make it a reality.

What are your future plans as an author?

A second version of the book is coming within a year as the impact of the ‘new money’ will have changed so much along with more adoption and what has changed.  In the interim, I intend to follow the same pattern or gradual level of introducing the many levels of Artificial Intelligence, what it already is and where it is going.